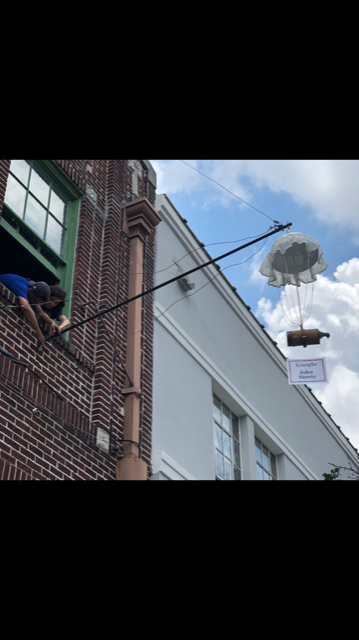 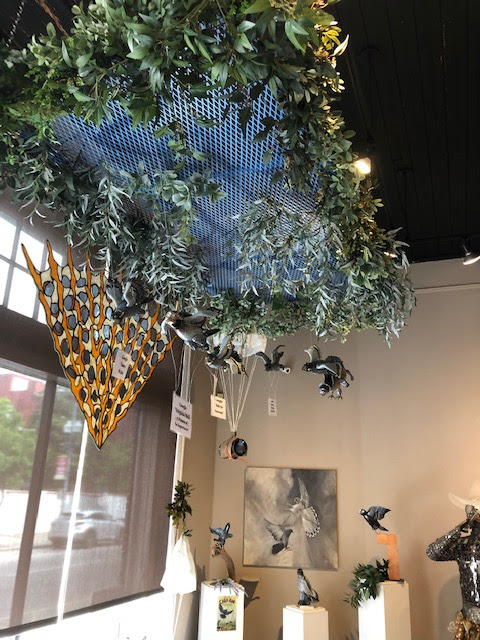 Check out the photos on their site:
http://neworleansglassworks.com/ 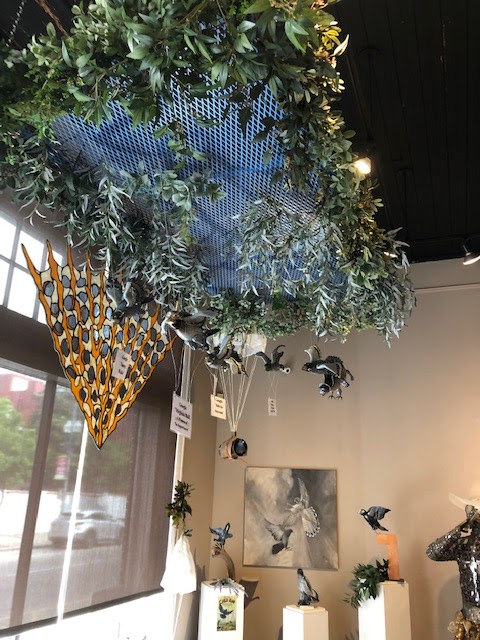 Posted by Jennifer Spangler at 1:40 PM No comments:

On training pigeons, from “Loft Manager and Pigeons,” Racing Pigeon Digest, July 2019:
“With the young pigeons it is exactly the same as with the old pigeons.  They like to train, listen well and eat as if their lives depend on it.” 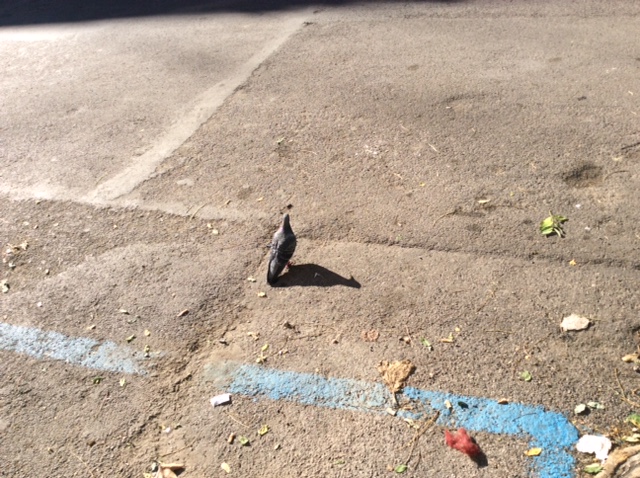 Elizabeth Macalaster contributed this link to Frank Hauck’s Operations Manual.  Macalaster is working on A Call to Duty, a book about the American World War II pigeons.
https://frankhauck.blogspot.com/
Poem from The Pigeons That Went to War by Gordon H. Hayes
Far Up Front
The American Pigeon, brave and bright
Awaits the signal for another flight
To carry a message for the commander’s sight.
The whir and whistle of the flying shell
Envelops the platoon in a fiery hell.
The prospect fierce, the strain intense-
A pigeon released to call for defense.
The message delivered
It zooms skyward
For instinct sure and valiance known,
Back to its loft it speeds alone.
The roar of battle, the mortar mid-air
Would slow it not nor cause despair
The hawkish shrapnel claims its prey-
Another war pigeon aft a hapless fray.
Some are fortunate, others are not,
While many live, many may not.
Struck in the heart the pigeon bled
It faltered not, nor its courage fled-
Desperate and struggling to reach its goal
To deliver the SOS of many a soul
Hands went quick and minds click,
Instantly the action went thick
Out went support, the situation won,
The weary soldiers thanked a pigeon.
The even sun sank westward ho;
The course of battle to and fro;
Another death has stirred the scroll-
A pigeon was etched on the honor roll.
Sgt. Edward E. Reicher
Florence, Italy
May 23, 1944
Posted by Jennifer Spangler at 1:22 PM No comments: 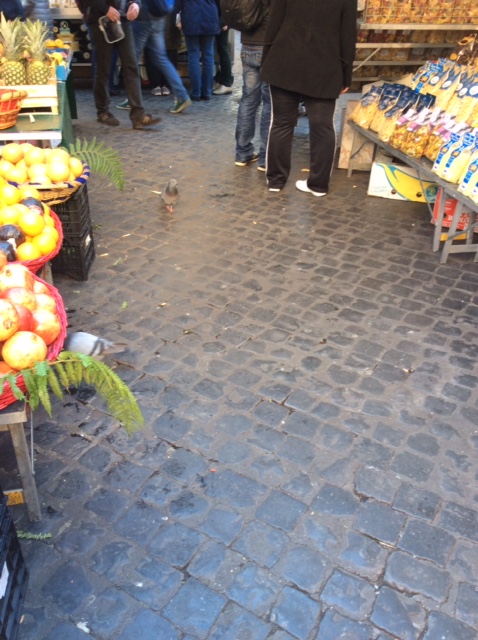 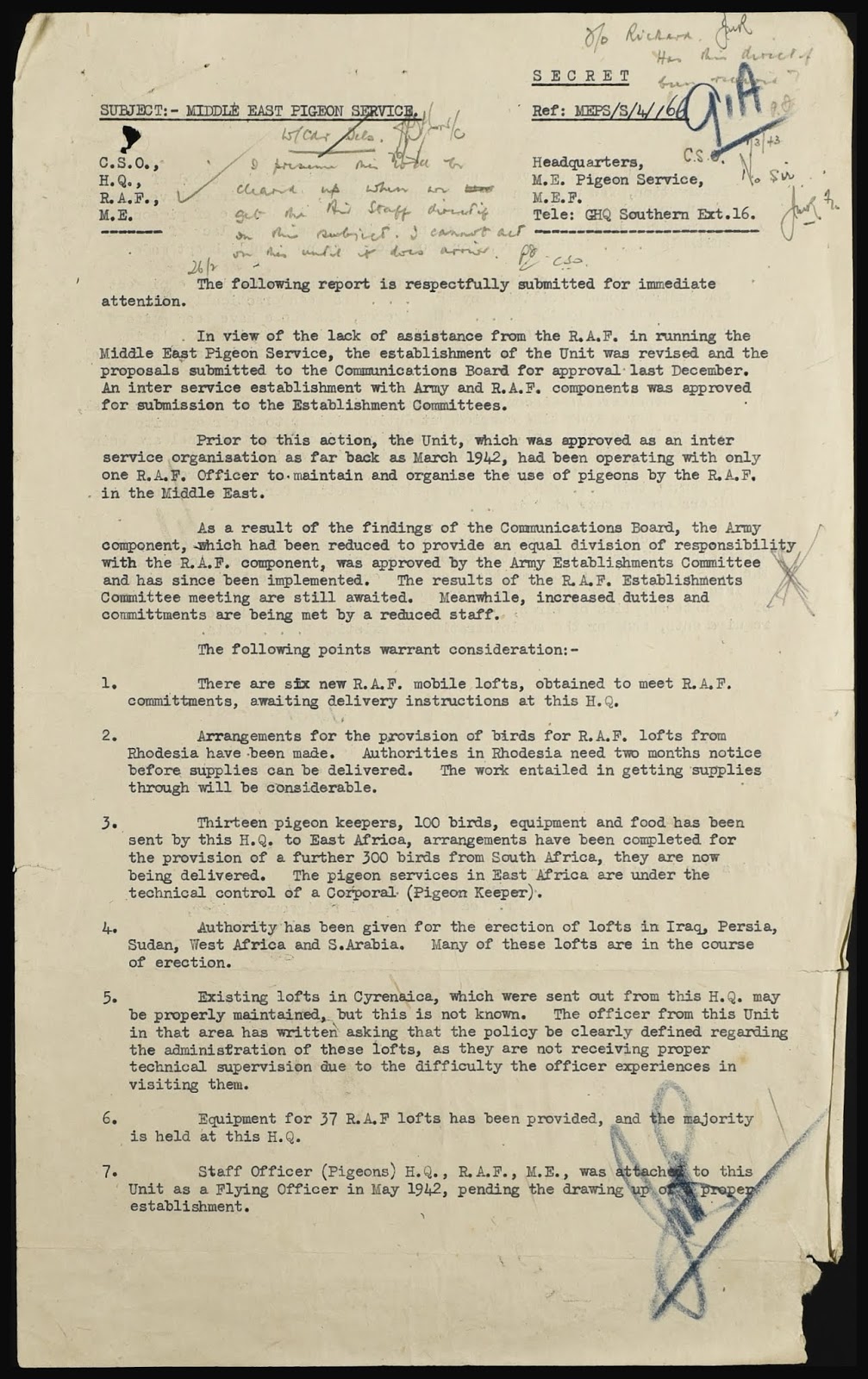 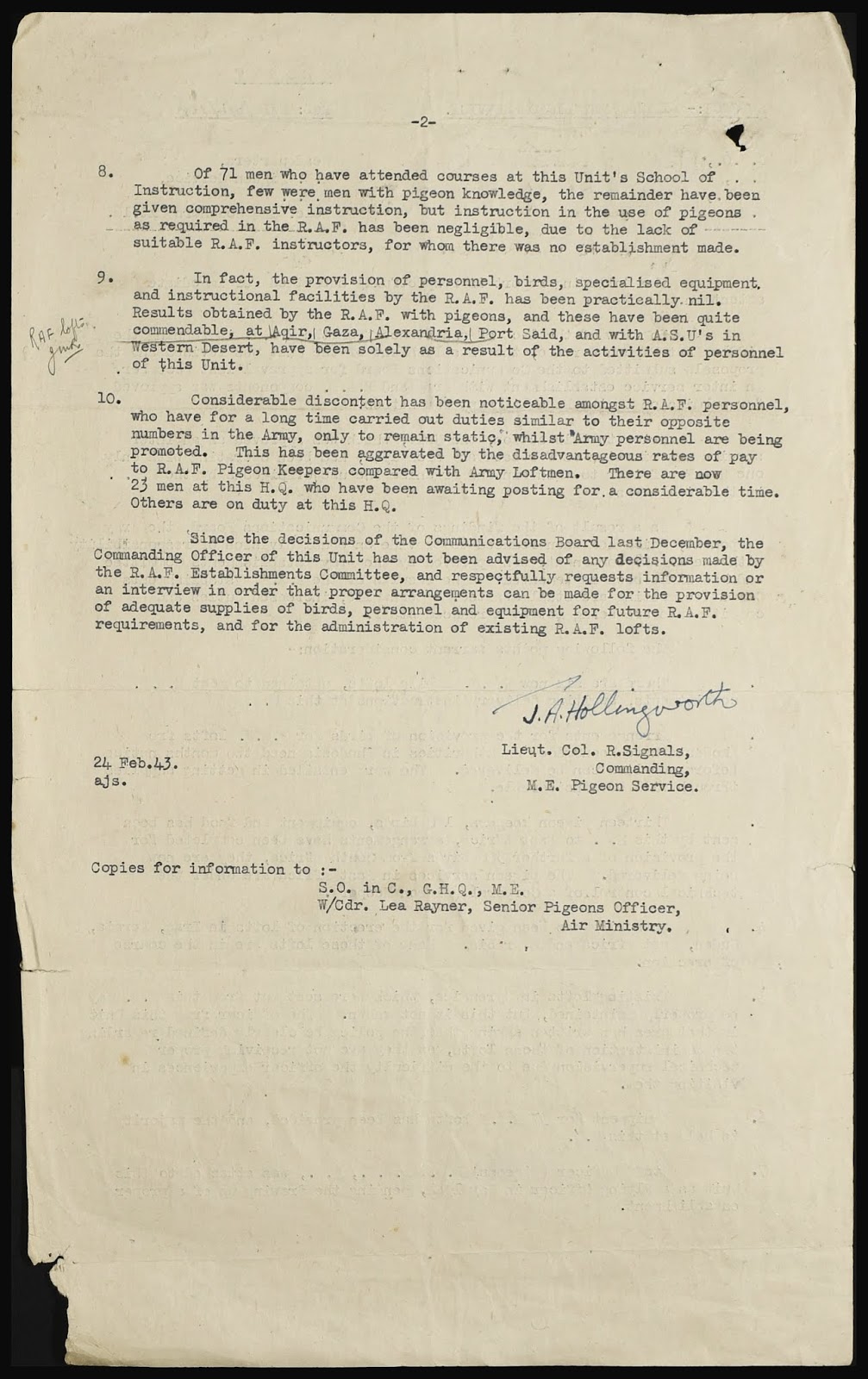 Posted by Jennifer Spangler at 1:31 PM No comments: 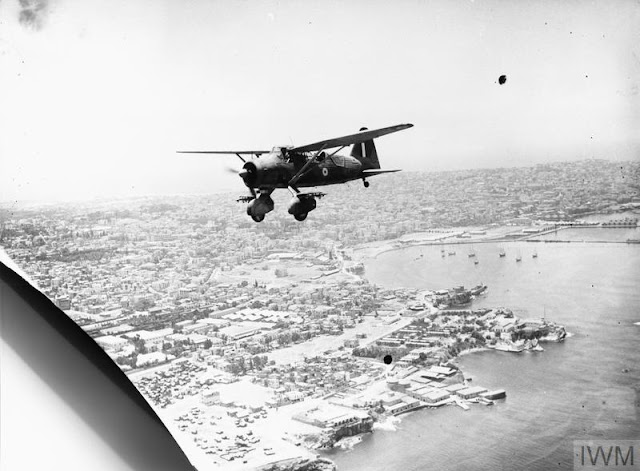 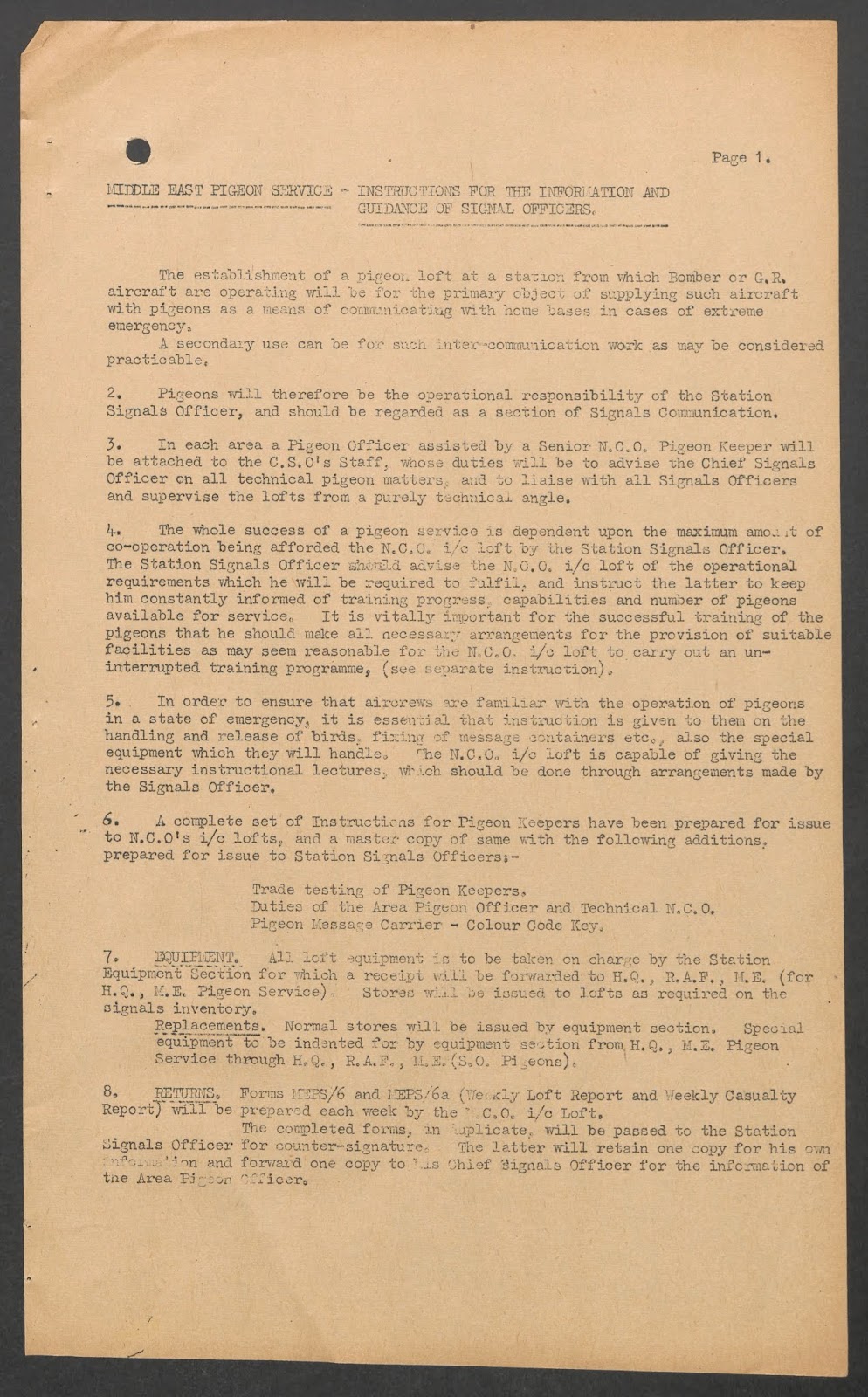 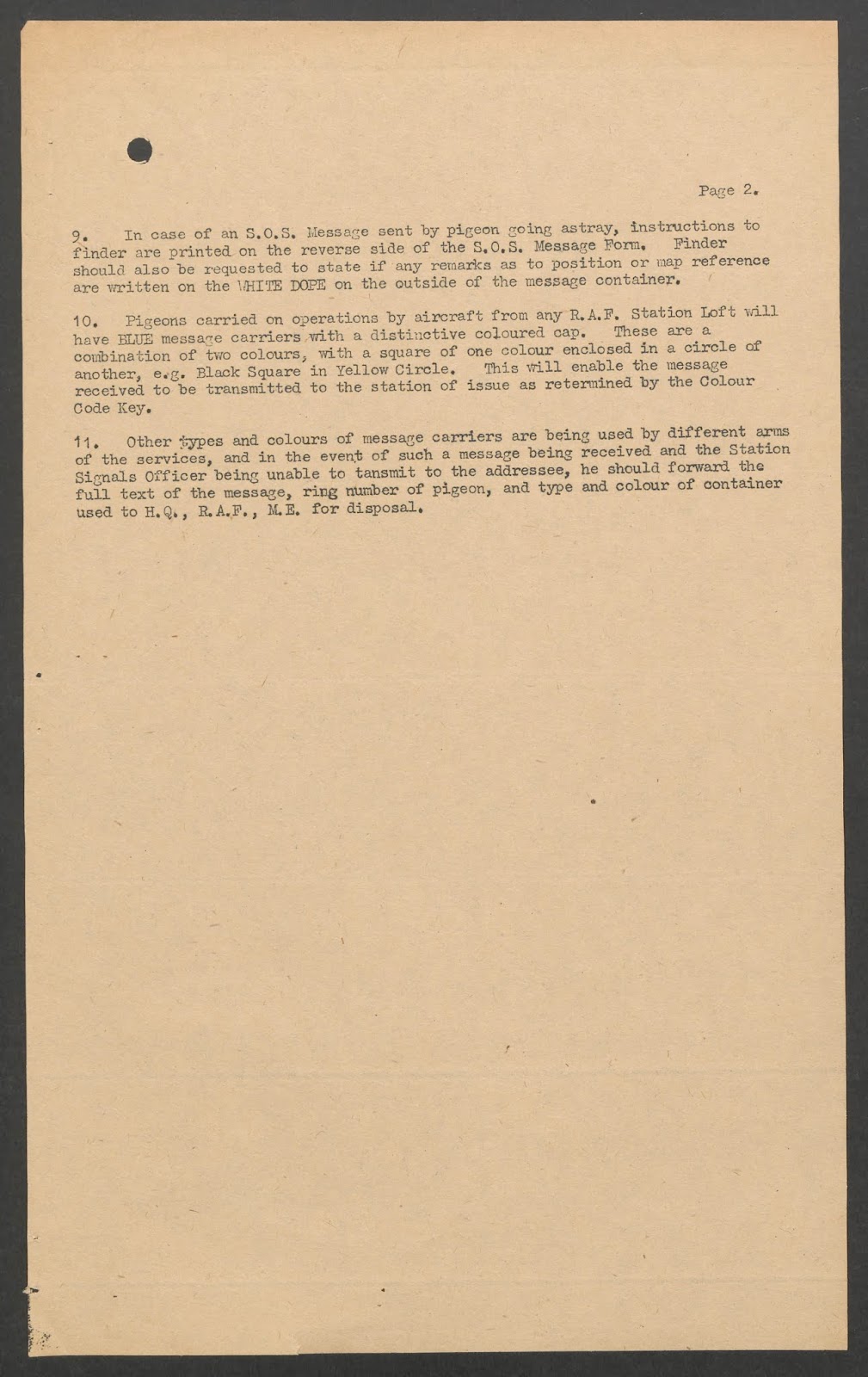 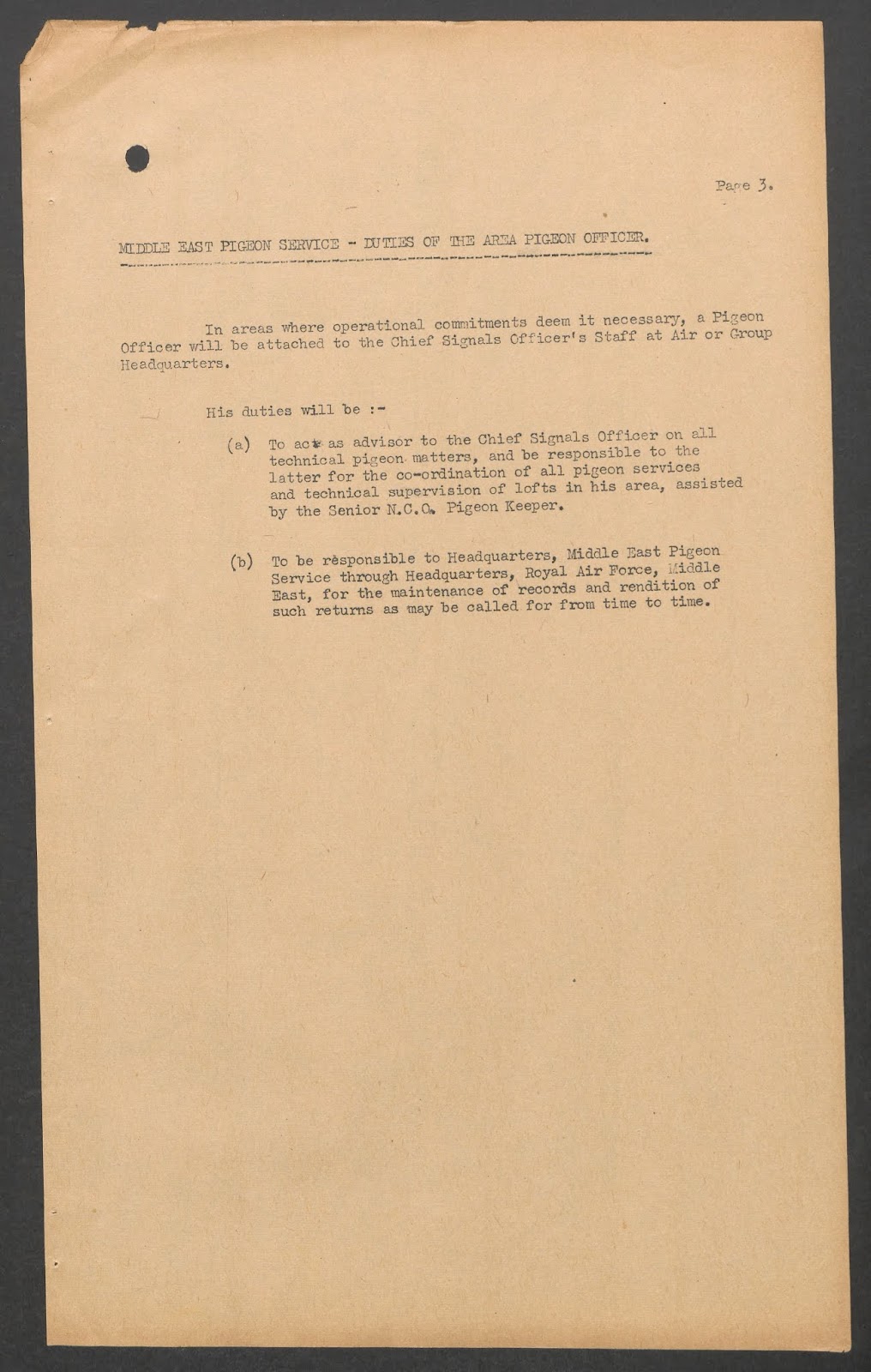 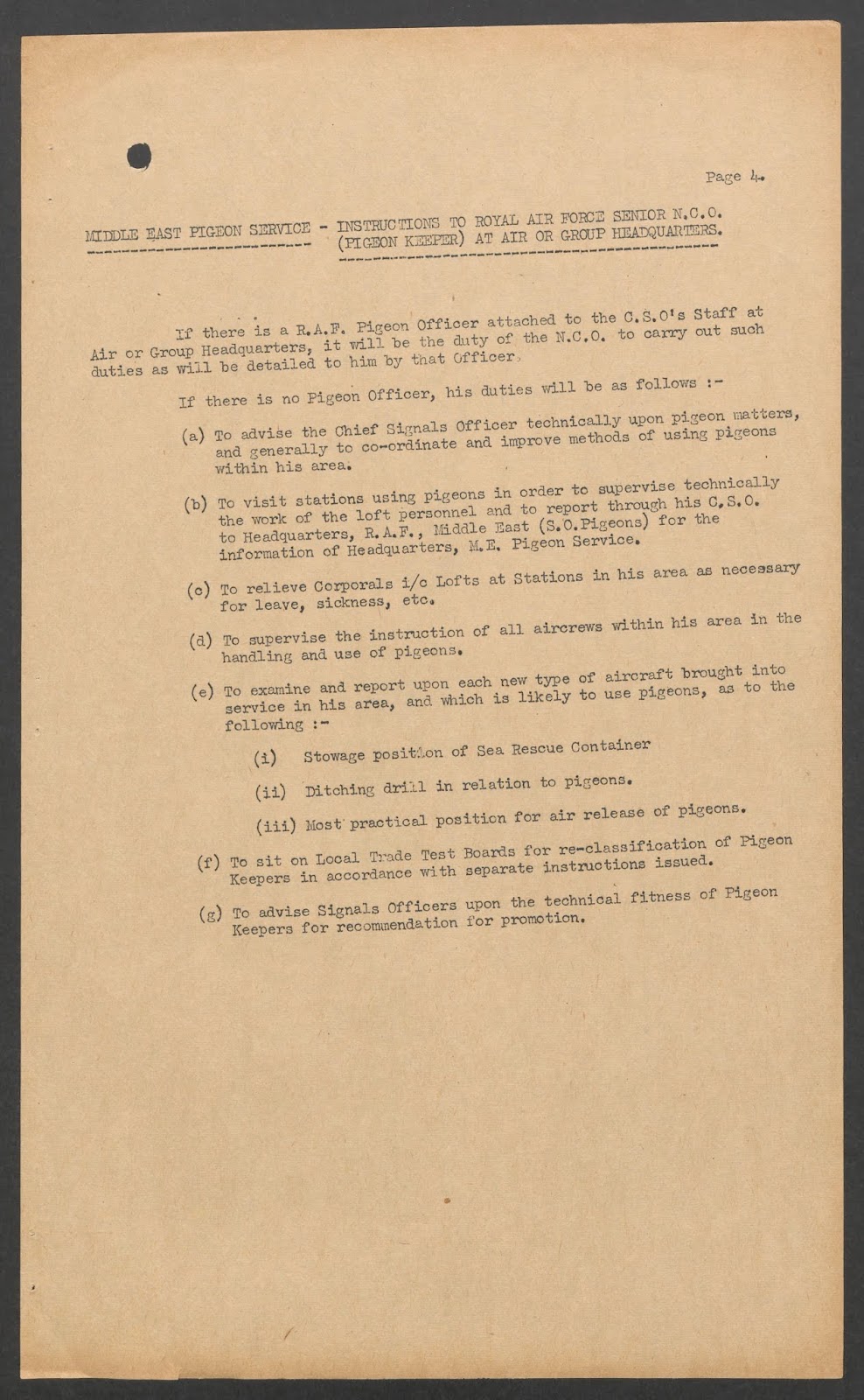 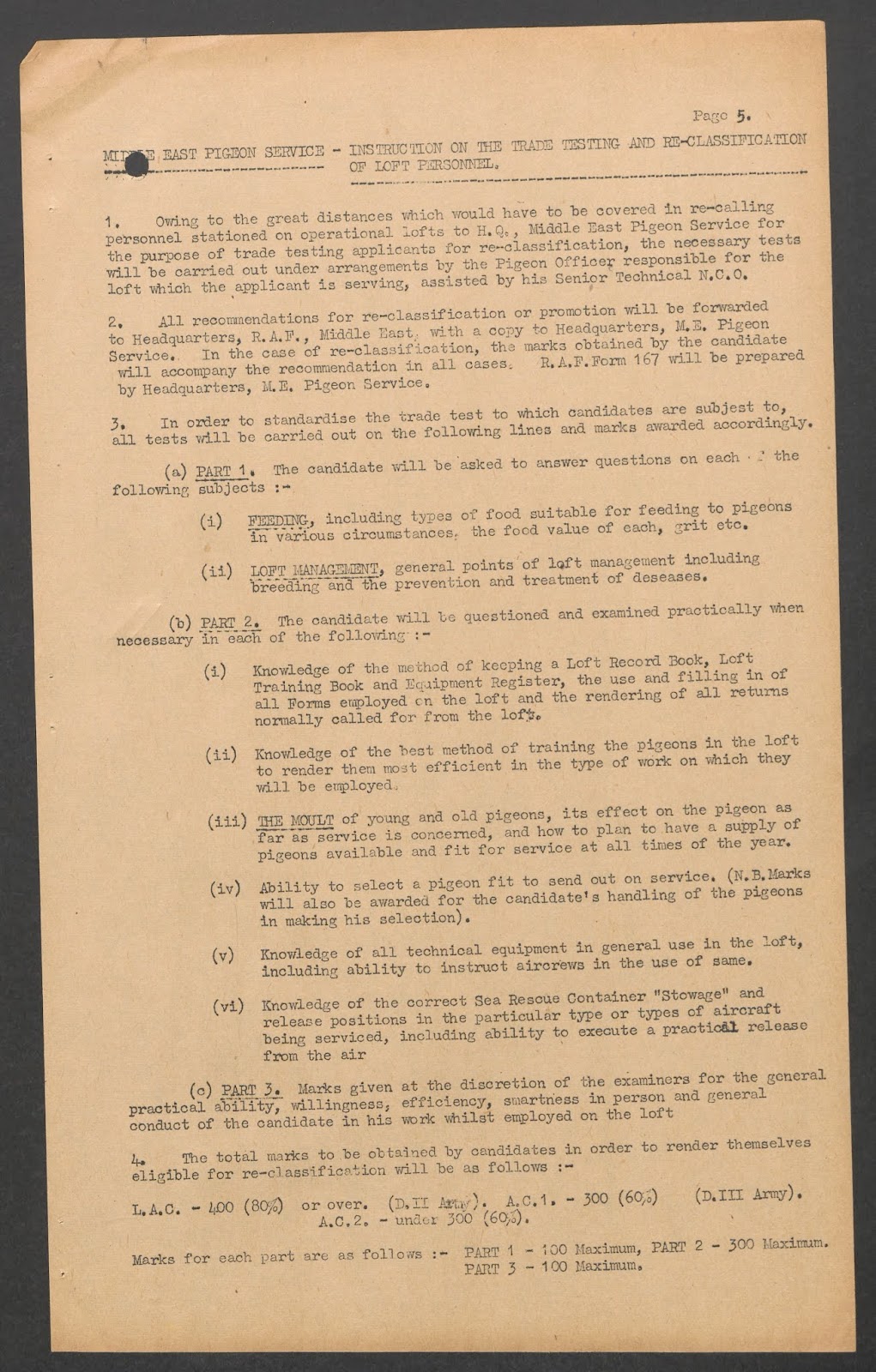 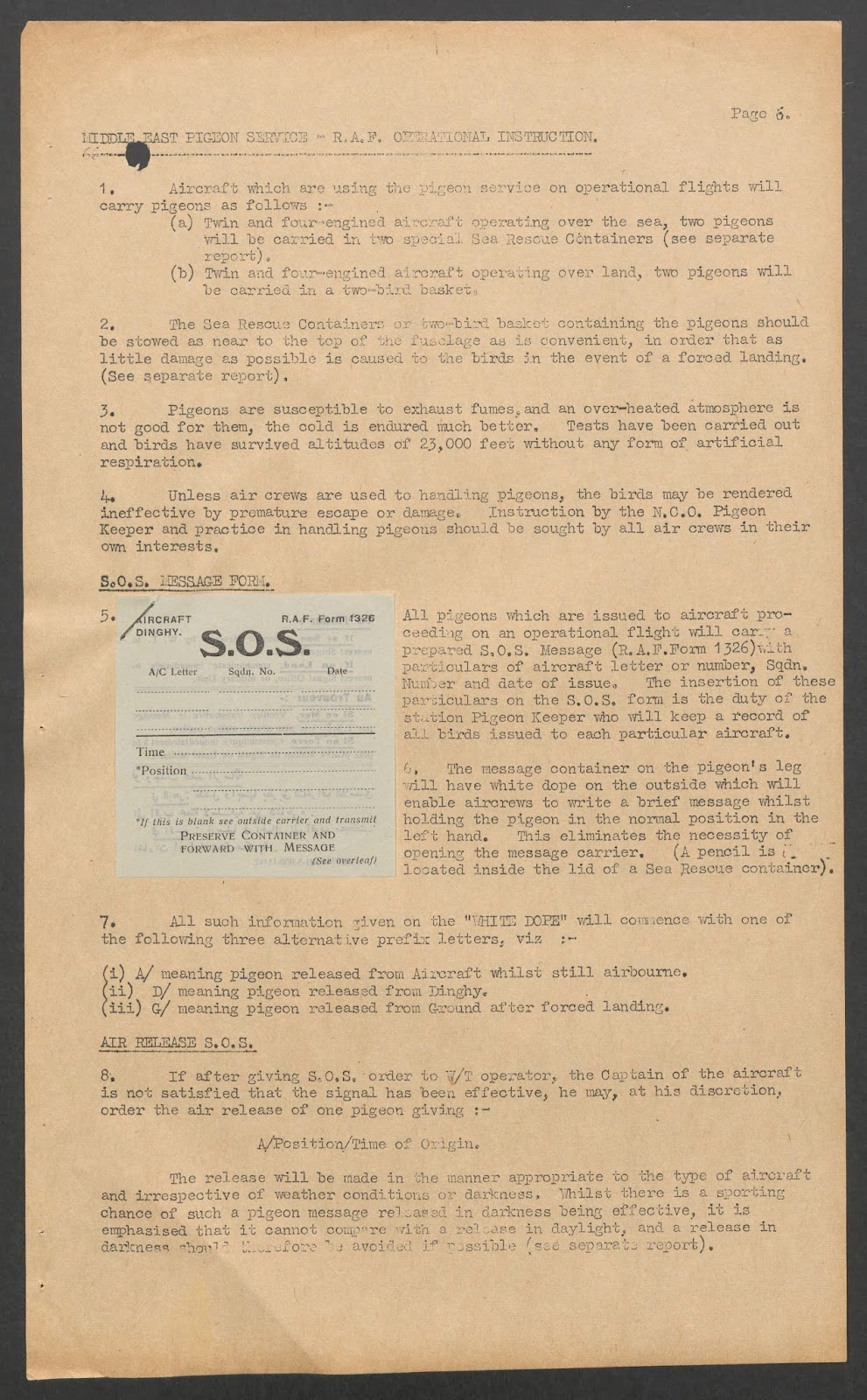 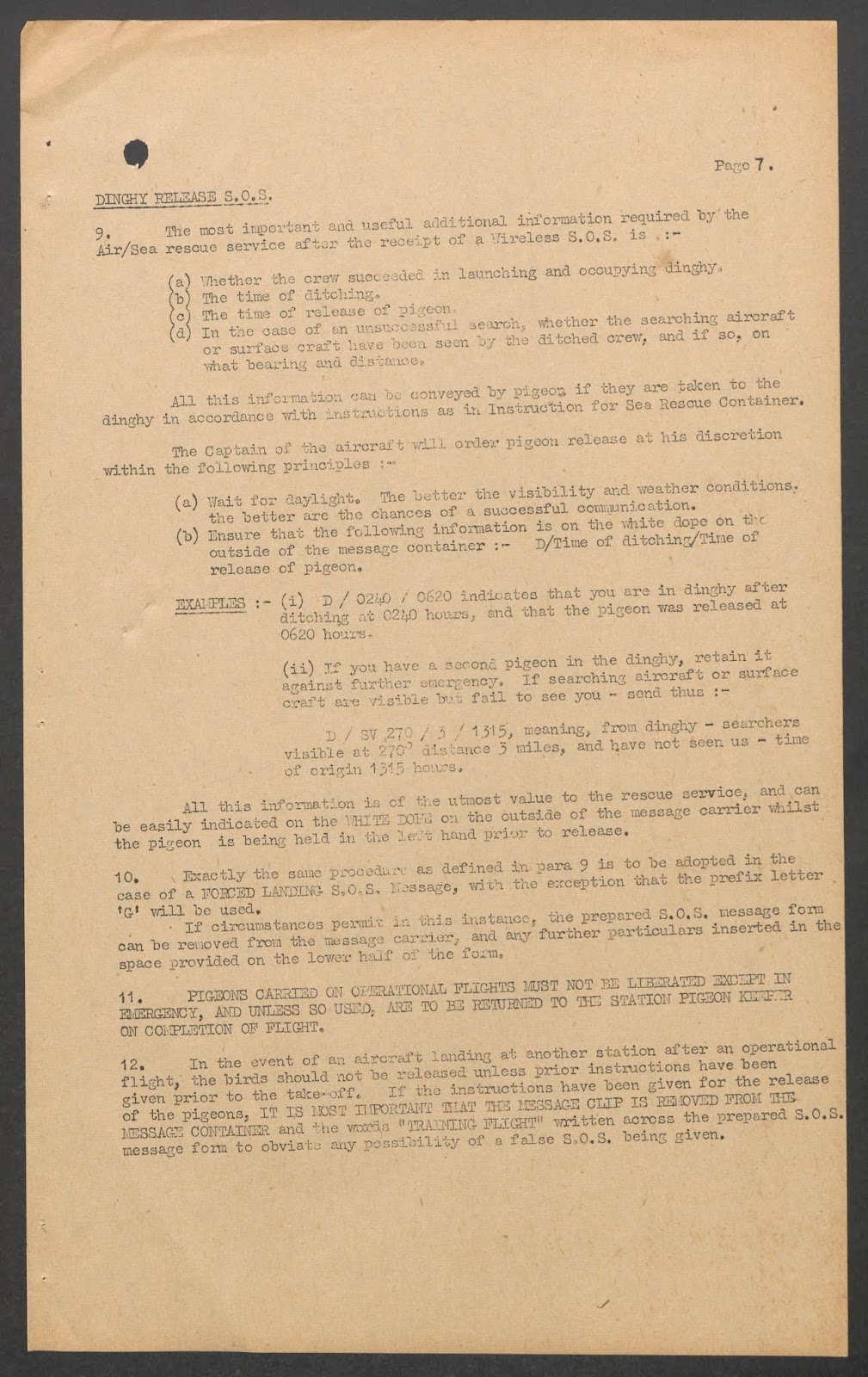 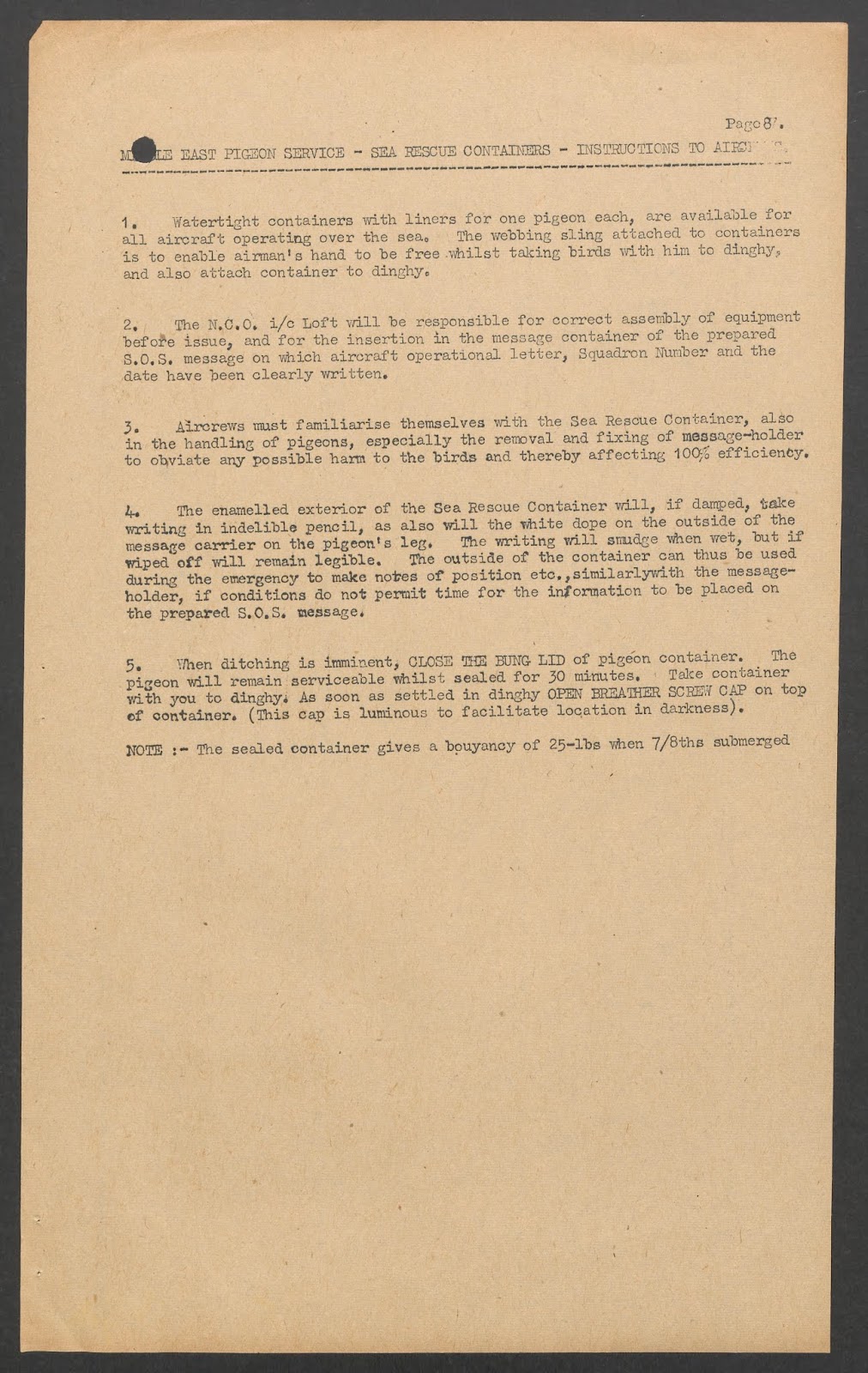 Posted by Jennifer Spangler at 12:28 PM No comments: